Learn more about us and our mission.

Friends of Rowlett Animals (FRAs) is a 501(c)(3) all volunteer non-profit organization founded in 2004.

Our mission is to provide resources, programs and education to promote adoption and care of homeless pets in Rowlett and the Lake Ray Hubbard area.

FRAs’ vision is a world where every companion animal has a safe and loving forever home.

It all started off with 4 volunteers that wanted to support the Rowlett Animal Shelter. These volunteers sponsored one or two pets per month and reduced their adoption fees in an effort to increase adoptions for the Shelter.

After the devastation of the December 2015 tornado we distributed supplies directly to pet owners through the generosity of businesses, other non-profit organizations, and citizens both near and far, with our volunteers even going into the disaster areas with supplies.

In 2016, FRAs began a cat rescue program where cats were able to be adopted from PetSmart in Rockwall. Cats are vaccinated, spayed or neutered and microchipped prior to adoption. Currently, FRAs has cats for adoption at PetSmart in Rockwall and Rowlett, adopting out 400 cats in our fiscal year 2022!

FRAs has not only grown in volunteers, but we have grown to meet the needs of our community. We are able to host multiple off-site adoption events, sponsor heartworm treatments for dogs in the Rowlett & Garland Shelters that test positive for heartworms, manage the volunteer program, and so much more!

Learning from leaders in the animal welfare community like Austin Pets Alive! and Best Friends, we have been able to continue to expand the impact of our organization to communities close to Rowlett and beyond! Helping struggling shelters by narrowing down the most at risk animals and showing them best practices, has allowed Friends of Rowlett Animals to influence policies for success.

Give us a hand
Contact us
FRAs news & resources

Michele grew up in the Dallas area with pets in her home ever since she can remember. From dogs, cats, gerbils, hamsters, turtles and even a rat! She began volunteering with FRAs after researching and making sure the organization truly centered on the care and rescue of pets. Beginning with caring for the cats at the adoption center at PetSmart, she has been involved in the Witness Purr-tection Program, fundraising, fostering and working adoption events. Michele is married to Chris, and together they have 5 children, 2 dogs, 3 cats, 2 gerbils, 2 finches and countless foster kittens. She gets asked a lot how she is able to foster and let them go. “Letting them go is the goal. The happy stories of families fulfilled by one of my fosters makes it all worth it.”

Lauren has been with FRAs since 2019. She began volunteering at the adoption events and has since added more “behind the scenes” roles such as Volunteer Onboarding and Volunteer Recruitment. One thing she loves about FRAs is that there are so many different opportunities for volunteers to use their skills.

Lauren also works with other rescues in the area and in the last few years has fostered 12 dogs with her supportive partner, Andy. Her and Andy combined their fur-families and together have 3 dogs – Penelope (Pom/Chi mix), Daisy (Lab/Rotti mix), and Archie (St. Bernard). She always says she’s “the luckiest mama to have such a perfect fur-family.” She hopes the work she does with FRAs helps the homeless animals in the community find their perfect fur-family. Sue was raised in New York, but escaped to Dallas, Texas as soon as she could in 1978! Making the journey to Texas with her husband, daughter, GSD ‘Santana’, Double yellow head parrot, ‘Happy’, and Parakeet, ‘Little Boy’, made for an interesting and memorable, 20+ hour car ride to make ‘home’ in Texas.

Sue’s love affair with dogs began with their GSD ‘Santana’. Over the years, the home was always filled with ‘rescue’ dogs, and birds. There’s always a pool of ‘Grand-dogs’ for her to love on, close by.

Having served 40+ years as Senior Accounting manager for a nationwide auto parts wholesaler, it was time for retirement in Jan 2021. Retirement during height of pandemic, coupled with the loss of their rescue Yorkie ‘Orphan Annie’ to illness; made Friends of Rowlett Animals a good fit for volunteering time. There is SO much to do at FRAs, and interests expanded to help with FUNdraising, Microchip Clinics, Pooch Plunge, and anywhere else help is needed. Deana has lived in Texas almost 30 years, and she recently retired from Raytheon Technologies where she was a Senior Director of Software Engineering. She first became involved with FRAs in 2014 where she started as a volunteer at the Rowlett Animal Shelter. Her husband, Frank, became a foster fail on the very first one, a Beagle named Minnie. Since then she has fostered over 200 animals, most of which have been cats since her husband falls in love with any dog that comes home.

She was a FRAs Board Member in 2015 and has been a Board Member in two other rescue organizations. Once she retired, she decided her passion was on the local community and she returned to FRAs. She has completed the Animal Behavior College Dog Trainer certification and is a Professional Member of the Association of Professional Dog Trainers where she can instruct the Canine Life and Social Skills (CLASS) curriculum.

She enjoys fostering kittens, especially the pregnant/nursing mamas or any cat that is orange (her kryptonite). She is currently the coordinator for our Garland Animal Shelter volunteer program.

Other ways to help 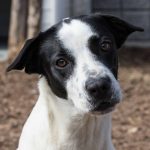